A Trip To Berlin 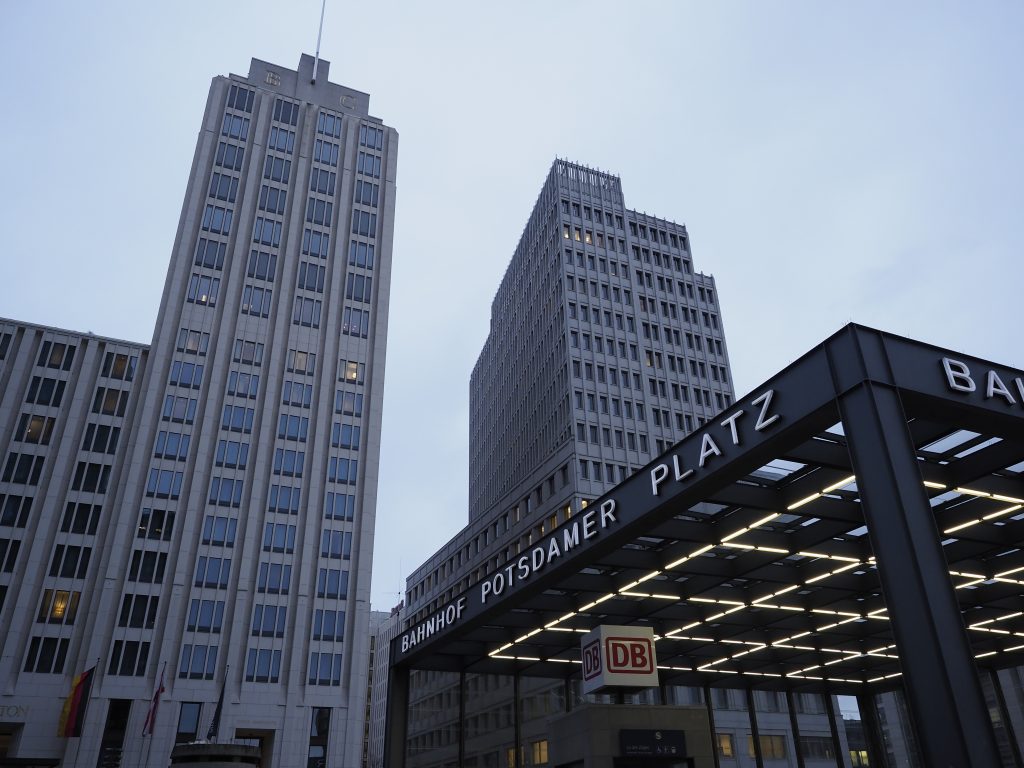 The architecture of Potsdamer Platz

I visited Berlin over the Christmas period, a City I’m very familiar with having been on numerous occasions and took the time to visit the outer provinces, including Potsdam and Mexikoplatz, in the process making some interesting observations, especially regarding concrete carbonation. I guess it’s an occupational hazard that I’m interested in seeing or detailing any interesting approaches taken to dealing with building defects in other countries and of course taking any lessons that can be learned and applied to the UK. 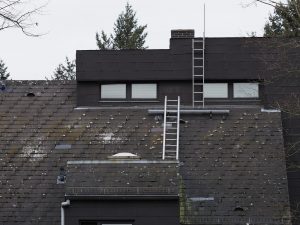 It was extremely interesting to note that a lot of buildings in Mexikoplatz have high level access built in to the roof structure to enable chimneystack maintenance. This often entailed that steps or ladder structure being accessed from a roof light, whereby, so long as a harness was worn, then chimney inspection and maintenance should be a relatively simple and inexpensive task. 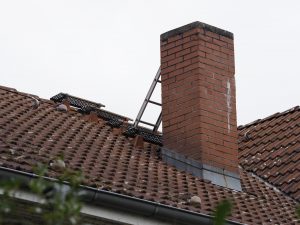 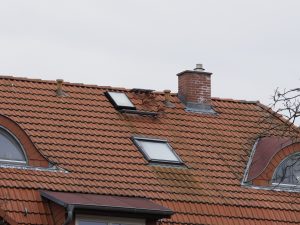 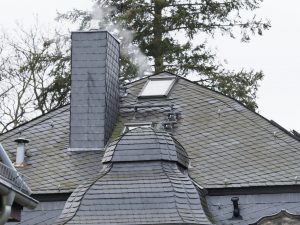 A little foresight can help future proof the building

I was also struck by the importance given to roof ventilation, wherever mansard roofing or rooms in roof space were found, using the roof space for accommodation seemed a fairly common approach and clearly the phenomena of interstitial condensation with the roof structure had been well recognised and addressed. Most of the roofing was seen to have large clay bonnet type air vents installed in abundance, particularly interesting to me as I commonly find that roofing is poorly ventilated in the UK. 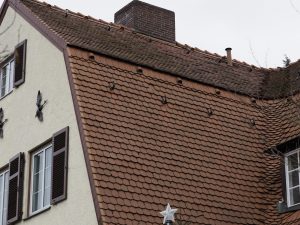 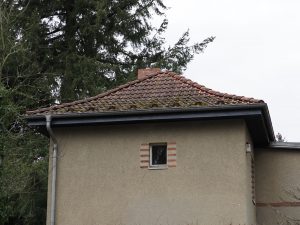 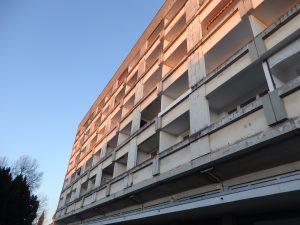 For those of you thinking about teutonic efficiency in construction it was interesting to note that many of the defects that plague 1960’s large panel concrete construction in the UK also    affect similar construction in Germany, in particular I’m referring to the incidence of carbonation in concrete due to poor levels of concrete cover on the rebar. The building in question was a fairly typical low rise block of flats  in Potsdam and given its close proximity to the beautiful old Potsdam cathedral it looked rather out of place in its surroundings. 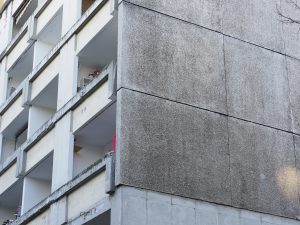 The construction of this block will be familiar to anyone in the UK familiar with this type of non-traditional construction,which was mainly erected by local authorities in the 1960’s, in a drive to meet the high demand for housing at that time. This particular block, though fully occupied was in a sorry state due to extensive spalling of the concrete due to carbonation and it was clear that concrete cover was very poor, perhaps being in the region of 10mm thick in some locations. Extensive repairs will be required to this block though it was interesting to note that a similar 1960’s block adjacent to this one was currently undergoing demolition. For the short term there has to be a concern for spalling concrete falling from the block, though given the lack of any notably loose concrete, it would appear that at least this issue is in hand; possibly with the building owner at least regularly inspecting the block and removing loose concrete before it falls from the block. 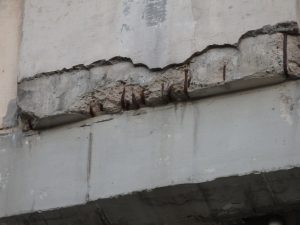 Rebar corrosion due to concrete carbonation 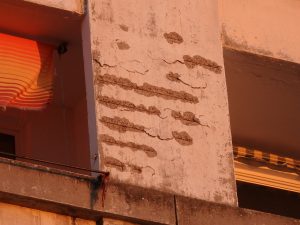 Possible as little as 10mm of concrete cover to the rebar 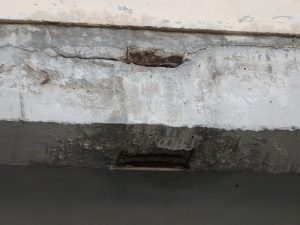 Cracking due to expansive corrosion of embedded rebar