An Unusual Approach to Providing Support for Replacement Floor Timbers 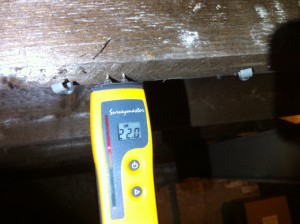 I thought this item worth posting purely because of the unusual approach adopted to dealing with the problem… The problem found is fairly typical; a cellar that would have originally been incredibly well ventilated due to an open coal chute had at some point seen the chute bricked up. This drastic reduction in air flow resulted in high relative humidity levels in the cellar, which is subsequently absorbed by the timbers, thereby placing them at risk of timber decay.

In this case the floor joists had all been recently renewed and ordinarily, the method adopted to replace the floor joists would be to build them back into the wall, ensuring that a ‘boot’ is formed around the end of the joist using a DPC material to ensure that the timber is not in direct with wet brickwork, or you could install joist hangers and sit the floor joist ends  on those.

What was clear is that the the high humidity levels that caused the original timbers to rot were still present because on testing the timber moisture content we found  moisture content to be above the 20% danger limit for ongoing risk of timber rot. 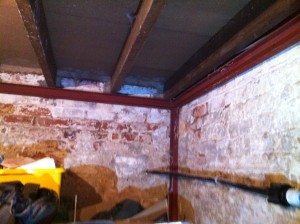 What is unusual about this particular case is that once the new floor joists were installed someone saw fit to specify a bespoke steel frame around the perimeter walls to support the joist ends. This must have been a very costly and to my mind completely unnecessary installation.  The joist ends appeared to be built into the masonry though I can’t say if they had the required bearing surface and perhaps the specifier was concerned about further rot to the joist ends and adopted this belt and braces approach.  They would have been far better to deal with the root cause of original timber rot by reinstating the volume of air flow that previously existed with the open coal chute. 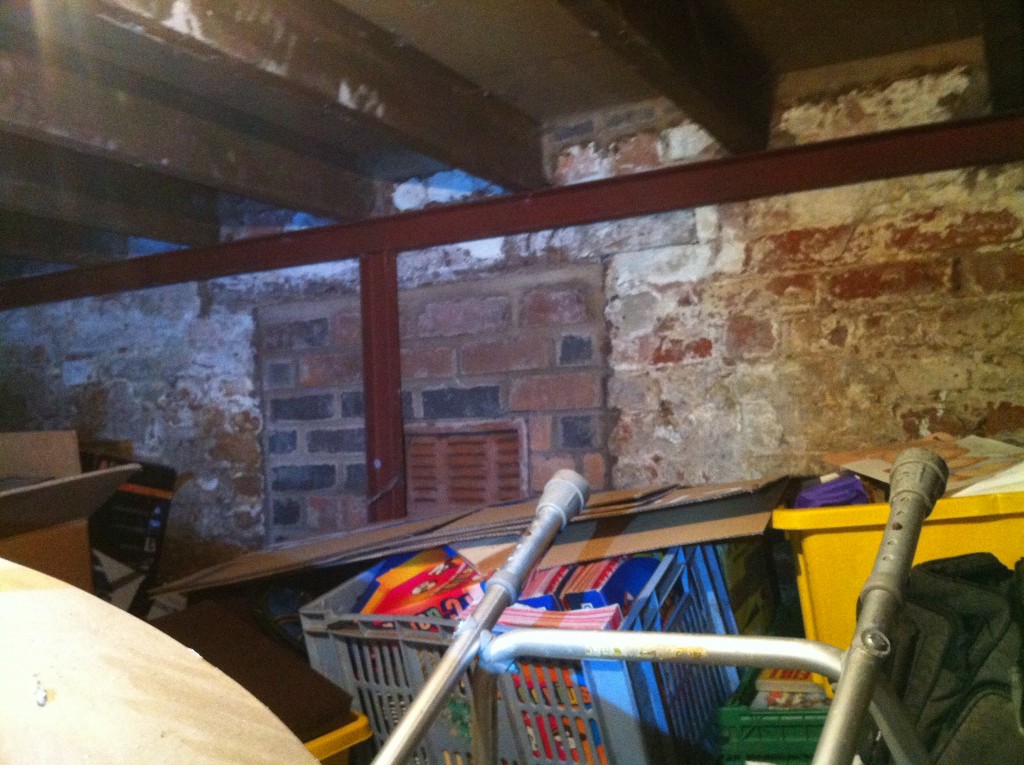