Does renewable energy have any place in social housing? 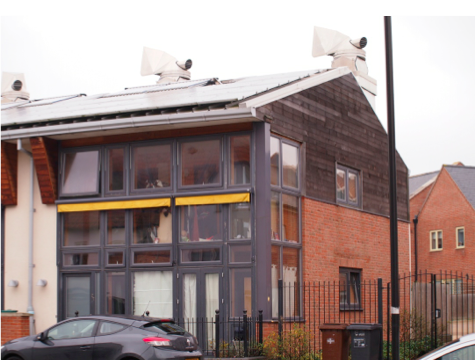 I have a long held belief in the fabric first approach when it comes to social housing and there are a number of reasons for this. I hold the view that solar PV returns are grossly inflated and based on optimum conditions that we rarely see in the UK. I once considered installing solar PV on a social housing scheme and carried out a life cycle cost that also included for specialist cleaning of the solar PV panels at regular intervals and also accounted for the cost of inverter failure that you can expect to see roughly every 6-7 years. When you account for all life cycle costs then solar PV is not such an attractive proposition. You only had to look at the German experience of solar PV to see that feed in tariffs were not sustainable for any meaningful length of time.

Then there are systems like air source and ground source heat pumps, which are fine in theory but pragmatically I found that they were simply not appropriate for the social housing sector. Private residents who invest in these systems generally do a great deal of research, understand what they are paying for and further understand what they can expect from these systems in use. Wherever I have been involved with installing these systems in social housing we found that residents simply didn’t understand their functionality or how to get the best from the system. Heat emitters generally run at far lower temperatures and this is a general requirement if one is to obtain maximum efficiency from an air or ground source heat pump system. This did not stop residents complaining that their radiators weren’t hot enough and whilst you can lead a horse to water… 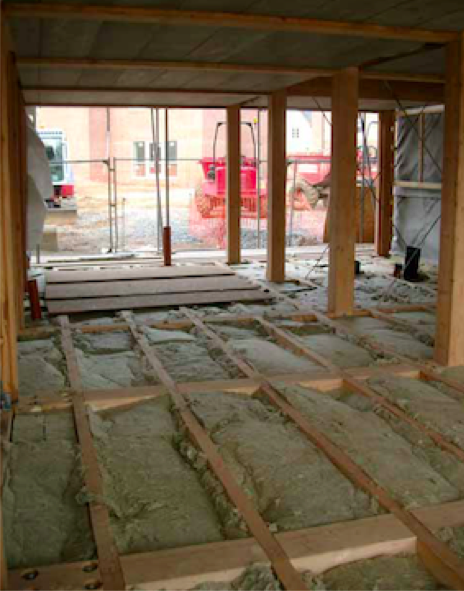 With these points in mind I recently acted as joint expert witness to investigate alleged building defects in a very interesting building with green credentials. It was a RuralZed timber framed building designed by Bill Dunster and I believe it was the first ever social housing development to attain Code 6 under the code for sustainable homes. It is claimed to be a high quality housing system, combining micro-generation and small biomass technologies. The marketing literature states that the system is built with, ‘Traditional construction materials that provide sustainable architecture with a solid aspirational aesthetic.’ RuralZED received its code 6 certification, under the code for sustainable homes scheme, for the One-earth homes Scheme. These homes are claimed to be the first commercially built homes to receive certification.’ Code 6 is only one level below the highest possible award under the sustainable homes scheme and is only awarded to zero carbon homes.

The property had a range of green technologies that should benefit the resident and these were: 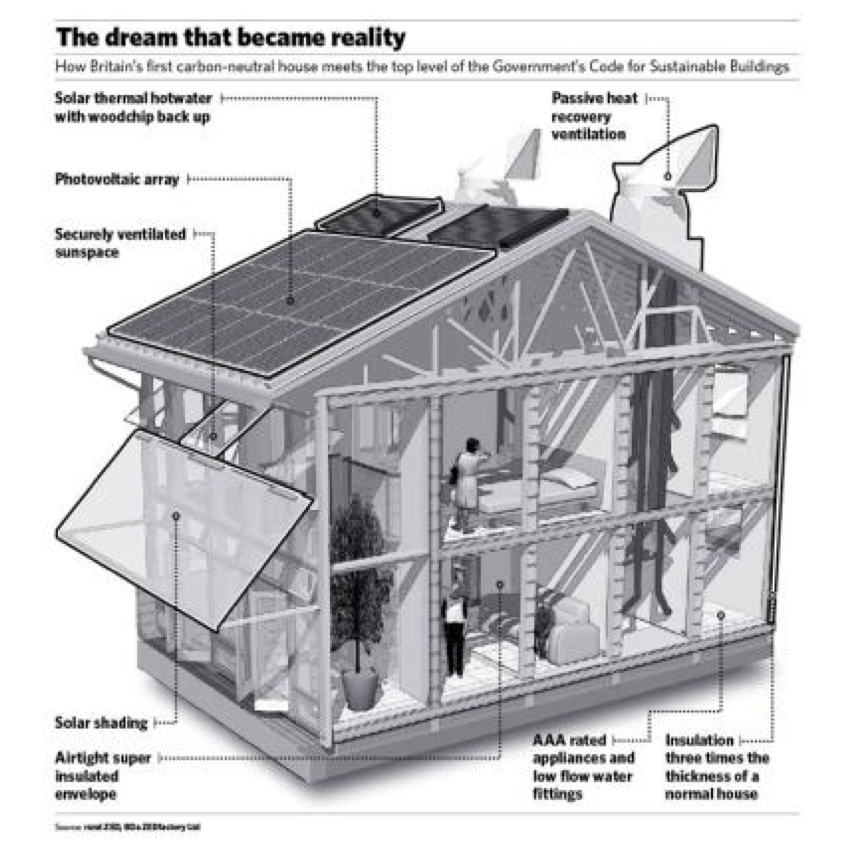 The development was completed to great fanfare and wide publicity claiming it to be the first batch of social housing ever to be awarded Level 6 under the Code for Sustainable Homes. However, since completion the solar voltaic panels no longer work, the rainwater harvesting system has been disconnected and the wind turbine has been removed. The green credentials of the property have now been significantly downgraded to level 4 under the Code for Sustainable Homes only 6 years after completion; this is not my idea of a sustainable home. It is interesting that the architect refused to comment on the investigation when we would assume that the chief architect responsible would want to understand why a flagship building of only six years old was suffering such rapid degradation and a series of technical failures. The technical failures seen in the renewable technologies that were installed came as no surprise to us. They are often oversold and often under perform. We were asked to comment on the aesthetic age of the property and found it easier to believe that it might be 30 years old rather than 6. 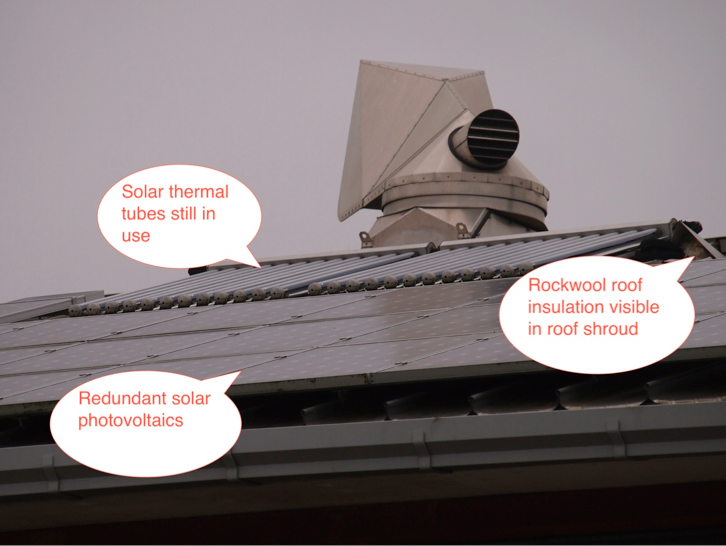 We found a wide range of building defects (not subject to this piece) that we found were all down to poor build quality, poor choices of materials and poorly managed site work. The significance of the project did not appear to impact on raising the site build quality to reasonable standards.
The resident complained that insufficient radiators were installed to the property but the property is allegedly ‘superinsulated’ and as such will require significantly smaller heat emitters than would be seen in a traditional property. When I asked the resident about the building she was living in, she had very little understanding of the technologies and it was clear to me that she simply didn’t understand the home she was living in, nor did she have any interest in getting to know the home she was living in. That should not be seen as a criticism of the resident because I do not believe that these technologies should be forced on residents. Moreover, in terms of practicality and appropriate installation for the social housing sector, I don’t believe you can beat upgrading the thermal envelope and installing an ‘A’ rated gas boiler. A simple approach with long term ease of maintenance and cost effectiveness as its core philosophy.  A few years back I inspected a Passivhaus scheme in Coventry, bought off the shelf and built by a large social housing landlord. It was to my mind an unmitigated disaster and the residents simply didn’t know how to ‘drive’ the houses they were living in; so much so that the landlord was subsidising heating costs because they were substantially more expensive than they had projected them to be.

Premature failure of renewable technologies are in our experience very common and despite the alleged payback periods claimed by renewable technology salesmen, it is our experience that these renewables consistently prove to be incredibly expensive to maintain for social housing landlords. Moreover, when repairs and maintenance are required to non-standard items then landlords and their maintenance contractors seem ill equipped to deal with anything out of the ordinary. Landlords are realising that they have assumed rather more maintenance cost obligations on renewables that they were assumed to have, so as in this case, the decision may be taken that repairs are not cost effective and they are simply decommissioned.  With the demise of grant funding for renewable installations and the unsustainability of feed in tariffs, landlords will hopefully think far more carefully about installing renewable technologies.