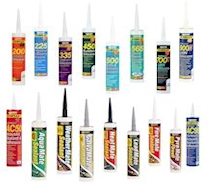 A vast range of sealants are available but how do you choose the right product?

Sealants are possibly one of the most under-appreciated products in the construction industry and yet they often provide the critical technical detailing that will determine the long-term durability of you project. They can protect a multi-million pound external wall insulation project from failing prematurely, provide essential fire protection detailing or just be used as simple caulking to aid in providing a high quality internal decorative finish.

However, there are such a wide range of products available how do you choose the right product for your project? What are the dangers in choosing the wrong product, what supplementary factors also need consideration when choosing sealants and how should sealants be applied?

Sealant technology has progressed significantly over the last 30 years and we now have intumescent sealants available for sealing service penetrations in fire walls, lead sealants used as an alternative to mortaring lead flashings and even bacteriostatic cold room sealants to be used in areas where contact with food is possible.

Historically, ‘caulking’ was used to make heavy wooden ships watertight by soaking hemp in pine tar (Oakum) and driving it into the joints of the ship. The term caulking, is still used loosely to describe the sealing of building joints but more often it refers to internal decorative caulking, whereas we generally refer to ‘sealant’ as being required for external building applications. To my mind there have been some worrying developments in sealant marketing, rather than technology, in particular the marketing of lead sealants as a direct replacement for mortar and we are already encountering numerous cases of premature flashing failure due to premature sealant failure; particularly since the lead pegging is often omitted when sealant is chosen over mortar.  To  my mind lead flashing sealants should never be used for anything other than a temporary fix or at best you should accept that flashing durability will be significantly reduced when compared to mortar.

There are two types of failure found in sealants, adhesive and cohesive failure. 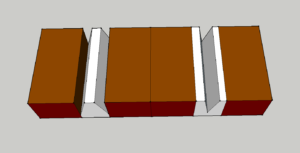 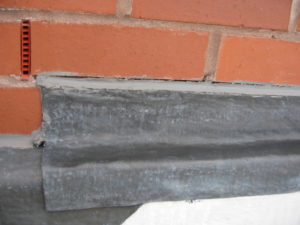 Adhesive failure is recognised as a failure occurring at the joint interface with the building substrate and usually occurs for one of the following reasons: 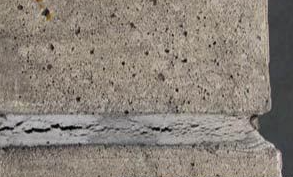 Cohesive failure is relatively uncommon when compared to adhesive failure but is recognised as the splitting of the sealant material rather than failure of the bond with the substrate; it usually occurs for the following reasons:

It is incredible to think that constructors would complete a project worth hundreds of thousands or even millions of pounds then put that project at risk by omitting to use sealant at critical junction details but we commonly see precisely this problem, particularly on external wall insulation projects. Then there is the common problem we see of timber windows being sealed with hard inflexible mortar fillets, which quickly crack and fail after application and more recently the trend of fixing in windows and doors using nothing more than expanding polystyrene foam as both a fixative and a sealant, when in fact in can not adequately serve either role. 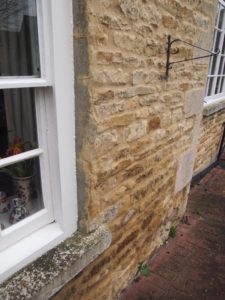 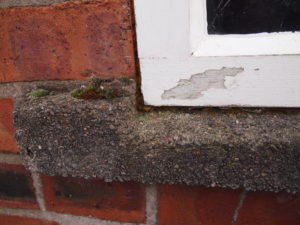 Poor application of sealant is a common problem we find, even on new build sites were you would almost definitely expect a high quality finish and of course this is often more than an aesthetic problem. Untidy or un-tooled sealant often lacks the durability of a well finished joint. Contractors tend to approach the application of sealant in one of three ways: 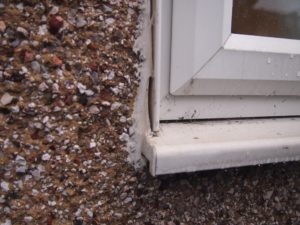 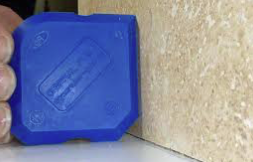 Various cheap plastic tools exist to provide a high quality surface finish to sealants so why not use them?

It costs a couple of pounds to buy a plastic tool that will give a high quality finish to the surface of sealant, facilitate better edge adhesion and properly tool the material into the full depth of the joint but sealant is comply untooled or simply finished by running a thumb or finger along the joint. Given the cost and obvious benefit in using these tools it’s hard to see why they are not more commonly used.

There is a minimum depth of sealant that should be applied and generally speaking this is around 5mm but can be up to 15mm for some sealants and you should check individual manufacturers instructions. A more common problem we see is where sealants have been used in gaps that exceed their maximum permissible joint width. We’ll include a joint width guide in the table published in part 2 but applying sealant to an overly large gap can result in almost immediate adhesive failure of the sealant on curing, as in this case. 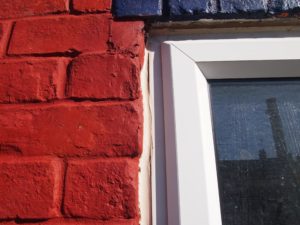 Large gap between window frame and masonry is too wide for the choice of sealant here.

Which sealant should you choose?

We’ve put together a handy guide which will be published in part 2 to help you choose the right sealant  for the particular job under consideration.

When re-applying sealant it is critical that old or existing sealant is removed back to bare substrate. Applying fresh sealant over the top will simply lead to premature failure. It can be challenging to cut away or peel off old sealant but there are various tools and products on the market that will make this job easier. There are special tools to help cut away sealant and gels that can be applied to to break down acrylic and silicone sealants. 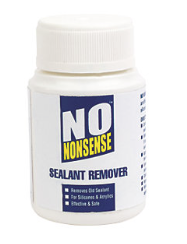 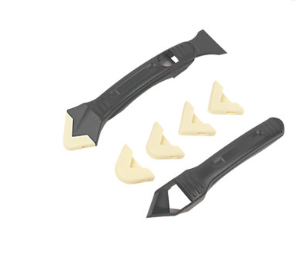