Is this what passes for a survey and damp proofing report? 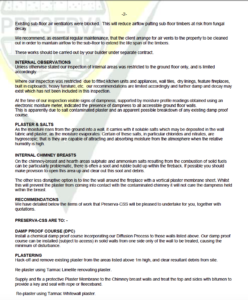 Fig 1. Typical of the Reports used by the damp proofing industry to sell unnecessary retrofit DPC injection work and re-plastering.

We’ve had to do one inspection this week and one detailed survey relating to production of a Part 35 compliant expert witness report; in both cases this involved checking a survey Damp proofing report that were recently provided by an East Midlands damp proofing company, Preserva. Our last involvement with this company was when we were called to re-survey a property in Nottingham after the same company had diagnosed rising damp and hacked off all the low level plasterwork from the clients walls up to waist height. It was at this point the client got suspicious and called us in. What we found was that this company had done no diagnostic work to prove that rising damp was present, they further stated that a damp proof course comprised of blue engineering bricks had failed and failed to point out where the damp proof course was bridged by soil banked against the wall. We did the diagnostic work and in fact proved that the property did not have rising damp, or indeed any significant moisture present at depth in the masonry. The property was suffering from chronic condensation damp and we specified works to deal with this issue. Preserva reinstated the plasterwork at their own expense and my client saved circa £2500 by not having unnecessary remedial treatment carried out for rising damp.

We’ve said this before but if you invite a CSRT ‘qualified surveyor’ into your home then you invite a chemical  salesman into your home. It took me many years to get letters after my name, whereas the CSRT (Certificated Surveyor in Remedial Treatment) can be achieved in three days with no previous experience of buildings or surveying, but apparently after three days they are now experts in damp.

It would appear that nothing has changed because again we reviewed two recently completed reports that fail to prove the cause of damp and make incredibly tenuous claims that rising damp is present. Lets analyse the first one… 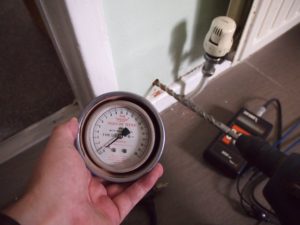 Despite damp proofers specifying remedial work for rising damp, there was no significant moisture present at depth.

In fact the 8 page ‘report’ is fairly standard generic text with a few comments inserted to vaguely satisfy the unsuspecting public that they have diagnosed rising damp; though they stop short of ever saying this, which is a feature we’ve found in all their reports, that we’ve reviewed. In this report their CSRT ‘qualified’ surveyor makes the following statement… “At the time of our inspection visible signs of dampness, supported by moisture profile readings obtained using an electronic moisture meter, indicated the presence of dampness to all accessible ground floor walls. This is apparently due to salt contaminated plasterwork and an apparent possible breakdown of any existing damp proof course.”

Never has the word apparent been more incorrectly used because quite clearly it wasn’t apparent since no diagnostic work had been done. The ‘surveyor’ had not carried out salts analysis to prove that salts were present in the plasterwork and in fact there was no salt migration visible on inspection of the plasterwork. Additionally, he had not carried out testing to prove that moisture was present at depth in the masonry; this is a pre-requirement before even suggesting that the existing damp proof course has failed.

Our second review concerns a property in Derbyshire that was surveyed by Preserva in December 2015. Their observations are limited to the following internal observations, ” Chimneys were open encouraging direct rainfall to enter the building fabric. These should be capped with a vented cowl by your builder. External brickwork was very porous and was rendered on the front and gable ends. This render was in a poor condition and it was suggested that this should be removed. The property did not appear to have been constructed with any sort of damp proof course.”

In fact these are reasonable but limited comments and whilst it’s reasonable to comment that buildings don’t have an existing physical DPC, this was not entirely true. The rear extension in fact had a physical DPC comprising of blue engineering bricks and there were a large number of other external damp related defects that were not commented on; probably because they would not facilitate the sale of retrofit chemical injection. The main part of the building may not have a physical DPC, none was visible. However buildings can manage moisture perfectly well without a physical damp proof course and in fact there are thousands of buildings in the UK that do not have a physical damp proof course but do not have a problem with rising damp.

Internal observations were limited to the following, “Dampness was noted around all external walls of the dining room and lounge areas. Moisture profiles taken with a moisture meter confirmed that dampness was a problem within these walls. This was clearly due to the defects noted above and could also be attributed to some rising moisture from the ground also.” 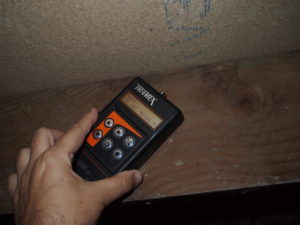 Timber moisture content of 26% means that timbers are at risk of timber decay.

The operative word here is “could”… works were specified for rising damp on the basis that some dampness could be attributed to rising moisture from the ground, so again we see an assumption being made in the complete absence of any credible diagnostic results. Moreover, there were internal issues that would have been obvious to any reasonably competent surveyor, not least of which was incredibly high moisture content to the timber floor joists in the cellar. We do not know what the value of this work was but you can be sure that it was a substantial sum, we rarely see quotes of less than £2.5k for this sort of unnecessary work and frequently quotes are substantially higher. We have not yet encountered a case where the work has been required.

We’ll say it again… ‘Specialist treatments for damp are almost never required and the vast majority of damp can be cured with nothing more than minor and often inexpensive building works.’

You should view any report you receive from a damp proofing company with extreme scepticism.