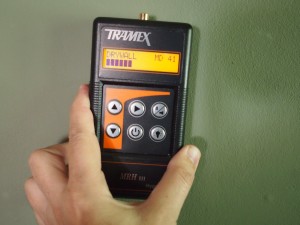 Hand held electronic moisture meters have a part to play in any credible damp investigation process.

There is a business that regularly posts videos on Youtube, very alarmist video’s about how the damp industry are conning people and about how the hand held electrical moisture meter is the tool of choice that allegedly provides the evidence that properties are suffering from rising damp. One might be forgiven for thinking that the poster of such material was qualified with a construction related degree and Chartered membership on a relevant professional body, but despite describing himself as being ‘uniquely qualified’ to survey for damp, he is in fact completely unqualified at even the most basic of levels. He will use words like ‘heritage’ or ‘conservation’ or ‘breathability’ because those are the good buzz words that prove that he must know what he is doing and even claims to be an expert in old properties. As has been pointed out before being a self appointed ‘expert’ does not make one qualified;  we’ll call this salesman, Mr Heritage. One of my clients recently contacted this salesman with a view to carrying out a survey on a 400 year old property. When they appointed us they asked if we knew Mr Heritage and were surprised to find out that he was completely unqualified.

Mr Heritage will often refer to the damp meter as a ‘salt’ meter, presumably to let us all know that they don’t actually measure damp, which of course is true, but to claim that they only measure salt levels is absolute nonsense and dare I say it, a con, because this particular unqualified ‘whistleblower’ is also trying to gain public trust and business from false information. Essentially, we have the public being made aware of one con on the back of another con used as supporting evidence. 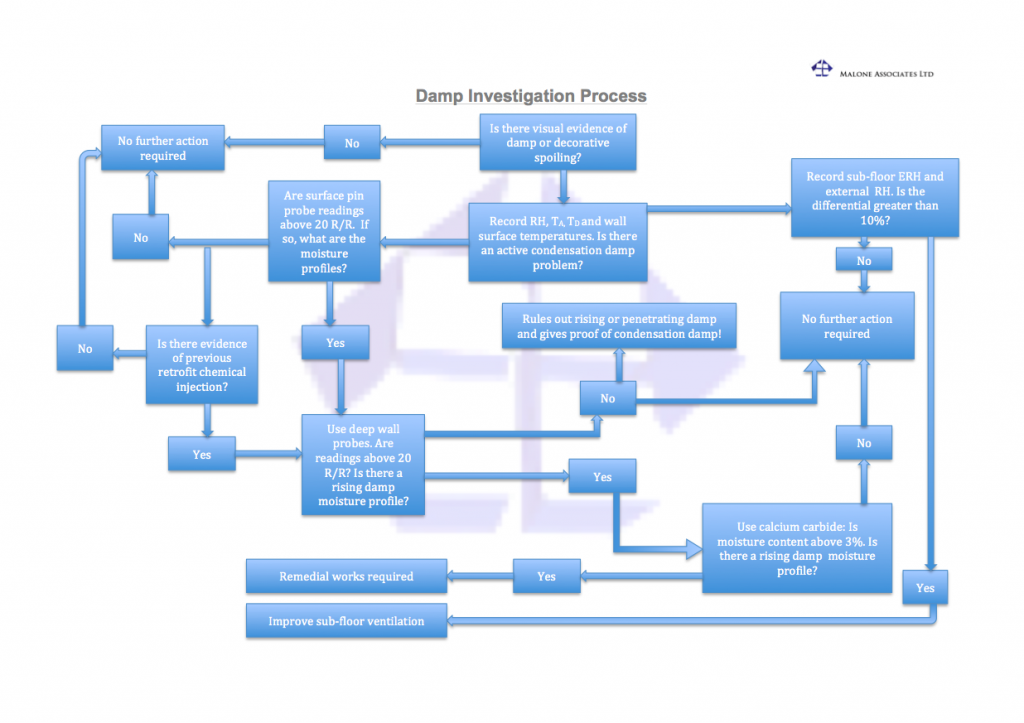 I am not a fan of the damp proofing industry and believe that the vast majority of damp proofing industry operatives are completely unqualified to be diagnosing damp of any sort. This is the great damp industry con because there is actually no qualification available to become an expert in damp diagnosis but a construction related degree should be bare minimum starting point, simply because the starting point of any damp investigation is the assessment of the building technology and build type. If there is an issue with regard to public education, it is not with regard to sensationalising the ‘alleged’ uselessness of damp meters because in fact, they are far from useless and form an important checkpoint in any professional damp investigation. A professional site practitioner would know this. It is old news to say that these instruments have their limitations and can’t be used in isolation to diagnose rising damp, every professional practitioner should also know this.

The lowdown on calcium carbide testing 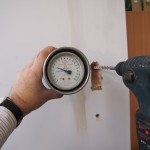 We next arrive at another wrong that needs to be corrected… I have spoken to a number of damp ‘specialists’ who do not believe that calcium carbide testing forms any useful part of a site damp investigation process. I have also seen this viewpoint in print and this is taught on the back of three falsehoods:

As with lots of industries we can often make the mistake of assuming that trade bodies are industry regulators when of course they are not. They are there to promote the interests of their members and in turn generate income for themselves. If a trade body were to promote the truth, which is that calcium carbide is a valuable tool in the diagnostic process, then the incredibly high incidence of incorrect diagnosis for rising damp would be quickly addressed. Of course, this would immediately mean that the damp industry would need to shrink to a fraction of its current size, because as I consistently say, rising damp is incredibly rare. The damp proofing Industry body generally promote the viewpoint that rising damp can be diagnosed with a visual inspection, a moisture meter and ‘common sense.’ Since common sense isn’t all that common we prefer to adopt the academically accepted view that in fact moisture meters can not be used in isolation to diagnose rising damp, no matter how much common sense the user has.  Ironically, where I do find rising damp, it is generally ‘induced’ rising damp caused by inappropriate damp proofing works.

I’ll deal with each of these three points relating to calcium carbide testing in turn: