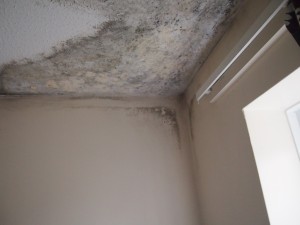 In the absence of a modern whole house MVHR (mechanical ventilation and heat recovery) system, which few of us have, then your choices for how best to ventilate your property fall to single room options such as extractor fans or vents, or a PIV system may be recommended. The vast majority of properties that we deal with will rely on standard extractor fans, which more often than not are poorly chosen, poorly installed and poorly understood.

In part one we explained why opening windows is a terrible idea for managing condensation damp and why is was crucial to place equal emphasis on managing heat losses as well as air changes. With that principle in mind, where extractor fans or single room heat recovery fans are installed, they should be wired to run continuously on trickle speed 24 hours a day with boost speed wired to the bathroom lighting circuit or pull cord. In our view fans with humidistat switches or over run timers are ineffective and we never specify them. Humidistat switched fans are particularly unreliable as the humidistat sensor often gets fouled with airborne debris.

It is absolutely critical that there are no open windows, wall vents or trickle vents in any room containing an extractor fan because if there is, then the fan will simply draw air from this open vent, short circuiting the extraction process and preventing air changes in the property. The key is to ensure that air is being drawn from other rooms so ideally trickle vents should be open in other rooms not containing a running extractor fan. 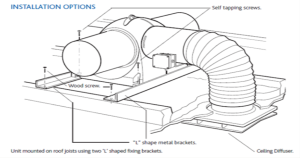 Until recently very little research had been done to prove the effectiveness of PIV and yet it widely specified. The BRE recently set up a parallel study to investigate the performance of PIV systems and carried out trials in their Watford test house and field studies in 16 Welsh properties. The study concluded with the following key findings:

I’d be understating the case if I said that results were not particularly encouraging and an interesting point that was made  is that the occupants perceived improvements or benefits were far greater than were actually proven. Clearly for some occupants there was a psychological benefit or placebo affect taking place. The last time I wrote about the proven poor performance of PIV I had damp industry salesmen stating their disagreement and commenting about how great PIV was and how they’d had a ‘masterclass,’ not just a class, but a masterclass in ventilation from someone at the BRE involved in this study but this doesn’t change the findings and we simply don’t ever specify PIV and have never needed to. 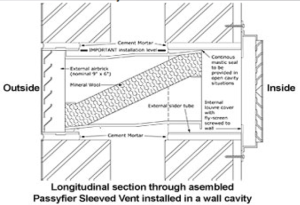 Passyfier vents are a relativity new product, again of unproven reliability. Essentially they are an improvement on a standard open wall vent in that they are packed with rockwool which is moisture permeable but retains heat and prevents drafts  within the property. The tubing connecting the inner and outer face of the vent is sloped to the outer face of the wall to allow for drainage  of any moisture that is collected in the rockwool packing. In their own right we cannot believe that these vents will provide an effective ventilation strategy but they have to be an improvement on a standard open wall vent since drafts and heat loss will be massively reduced. In fact where open wall vents are installed we have frequently packed these vents with rockwool  insulation and received very similar benefits at very low cost. 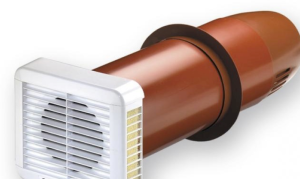 These are our preferred option for ventilation but are often ruled out due to cost. A  good standard centrifugal fan may cost circa £70.00 whilst a single room heat recovery fan may cost around £250.00. However they do merit one or two words of warning. 1. Some units  come with heat exchangers that occasionally require them to be removed and cleaned in Miltons fluid or similar; this may be a prohibitive requirement in specifying for the social housing sector. 2. Manufacturers claim amazing performance of up to circa 90% heat recovery but they fail to mention that higher efficiencies are only achievable at low trickle speeds. Heat recovery is incredibly poor at high speeds because the air moves across the internal heat exchanger too quickly. However given that we generally recommend continuous running at trickle speeds then this principle is perfectly geared towards installing, and getting the best from single room heat recovery fans. 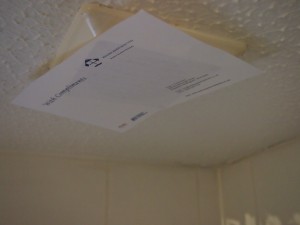 These can still be fairly effective in managing condensation so long as you avoid the pit falls that most installers fall into and follow our general principles for running extractor fans… silent & continuous running at trickle speed. We commonly see cheap axial fans installed to ceiling mount locations, yet generally, axial fans are not powerful enough to move air through the length of ducting in the roof space.  We generally specify a centrifugal rather than an axial fan (though high powered axial fans are available) because we know it will be effective for ceiling, as well as wall mounting.  A crude but effective test we often carry out is to simply see if the running extractor holds a sheet of paper, if it doesn’t then in all  likelihood it is ineffective. It is also critical that silent running fans are installed because if they are noise intrusive in operation then they will be turned off. We commonly see  cooker hoods installed to deal with extraction at first floor or kitchen level but these are ineffective purely due to the noise they produce. They’ll be ran infrequently during cooking and often are not even piped to an external wall so actually contain nothing more than a charcoal filter to deal with cooking smells. They should not be viewed as a suitable replacement or alternative for a silent and continuous running extractor fan.