The Need to Keep Costs Proportionate in Construction Claims 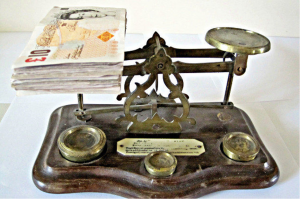 What proportion of the claim value should be spent on recovery?

We’ve taken on a lot of construction claims over the last three weeks and obviously our role is to provide claimants with the evidence that can be used to pursue a claim against their builder. Normally that entails creating a detailed cost and defect schedule since the civil courts like the defendant to be made aware of the exact nature and value of your claim. However, during initial discussions  with our clients we would always advise them to keep costs ‘proportionate’ since you are unlikely to recover costs that the court sees as disproportionate, but what exactly does ‘proportionate’ mean?

Before we get to that point we would make a simple but important observation… A number of years back I required a solicitor for a non-construction related matter and was interested to note that before they accepted me as a client they had me credit checked to ensure that they managed any risk with regard to potential non-payment of my invoice. Makes perfect sense doesn’t it? Similarly we would advise that the first course of action for anyone considering a claim against  their construction company is that you have them credit checked. I recently advised a client of this and we found out very quickly that the potential defendant  was potless. Without this simple check, many thousands of pounds may have been spent pursuing a claim that in all likelihood was never going to be recovered. Isn’t it ironic that a number of law firms have potential clients credit checked but fail to offer the same advice to that same client when considering potential claims against their constructor. Arming yourself with this information instantly allows you to make a more informed tactical decision as to how you pursue your claim. Moreover, once the value of the claim is fully understood and you’ve established legal liability, if you bring a claim and succeed, you can then place a charge on any unencumbered assets, until the debt is satisfied.

“This area of the law has changed since April 2013 when the Civil Procedure Rules (“CPR”) changed and solicitors and claimants are still finding their feet.

The new rule will is CPR 44.3(5) and reads:
“44.3(5) Costs incurred are proportionate if they bear a reasonable relationship to:
(a) the sums in issue in the proceedings;
(b) the value of any non-monetary relief in issued in the proceedings;
(c) the complexity of the litigation;
(d) any additional work generated by the conduct of the paying party; and
(e) any wider factors involved in the proceedings, such as reputation or public importance.”
Furthermore, the Overriding Objective has been amended to include reference to proportionate cost:
CPR 1.1
(1) These Rules are a new procedural code with the overriding objective of enabling the court to deal with cases justly and at proportionate cost.
(2) Dealing with a case justly and at proportionate cost includes, so far as is practicable –
(a) ensuring that the parties are on an equal footing;
(b) saving expense;
(c) dealing with the case in ways which are proportionate –
(i) to the amount of money involved;
(ii) to the importance of the case;
(iii) to the complexity of the issues; and
(iv) to the financial position of each party;
(d) ensuring that it is dealt with expeditiously and fairly;
(e) allotting to it an appropriate share of the court’s resources, while taking into account the need to allot resources to other cases; and
(f) enforcing compliance with rules, practice directions and orders.

The new test, which effectively reversed the approach taken in Lownds, was summarized by Lord Neuberger as:
“Disproportionate costs, whether necessarily or reasonably incurred, should not be recoverable from the paying party. To put the point quite simply: necessity does not render costs proportionate.”

Presently there is little actual guidance as to how the test will operate in practice and case law will have to be developed in relation to this. However, in the cases that have offered guidance the courts have made clear that they expect parties to be sensible and compromise on small differences. If they do not they will not recover their costs of doing so. If the other party offers a compromise and it is refused, then even if the issue is won on liability you will probably end up paying their costs on the issues offered for compromise.

The only real steer I can give you is if you are paying more in costs against an item of claim than you are claiming, this is likely to be seen as disproportionate. On those items suggest a reasonable compromise on a “without prejudice save as to costs” basis and at least then you can show the court you have tried and that provides your best chance of recovery.

The new world is you can claim it but you may not get your costs. Further, if you are seen as unreasonable, you may end up wining an issue on liability, but having to pay the other side’s costs for it.   Consideration of costs must now be at the heart of deciding to engage in civil litigation. Gone are the days of “if I’m right, the other side will have to pay”. Of course those days never really did exist and a successful party would only usually recover 60 to 70% of their costs if they were successful, but things have now become more difficult and even if you win, if costs are not considered proportionate, you may recover far less or even nothing.”

As you’ll see, there is no simple answer to this question and we have entered an area of law that has not yet been fully tested. The key piece of advice that we would take from this is that you put consideration of costs at the heart of any decision to pursue civil litigation and as always, try everything reasonably possible to resolve matters outside the civil courts. Thankfully, that is precisely what happens with the majority of cases we take on.