Wall Base Plinths – Are they a Good Idea?

Are Wall Base Plinths A Good Idea? 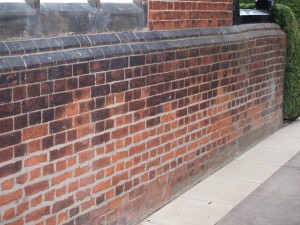 Original brick plinths work well if correctly maintained. This one was built in 1880.

The thicker wall base gave extra protection against rainsplash and penetrating damp and generally acted as a larger buffer for damp. If you read my last blog then you may remember that I talked about buildings being built on the ‘overcoat’ principle. Well this is precisely how original wall base plinths work, they are generally constructed with lime mortar and so long as breathability is maintained then this thicker ‘buffer’ zone at wall base does a great job of protecting against wall base damp.  Unfortunately a remedial damp proofing industry latched onto this idea and started to install retrofit cementitious plinths in the mistaken belief that these too would help protect against wall base damp, which couldn’t be further from the truth. Anecdotally, retrofit cementitious plinths are said to help ‘shield’ the wall base from rainsplash but that function is outweighed by virtue of the fact that they shield against moisture evaporation from wall base.

When it comes to protecting against wall base damp, wall base ventilation  and subsequent moisture evaporation at wall base are absolutely critical. If a retrofit cementitious wall base plinth is installed then this critical ability is lost, moreover we often see retrofit plinths that have actually bridged an existing physical damp proof course so now you have double trouble, a bridged DPC and zero wall base ventilation. 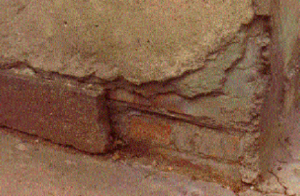 Occasionally we also see heavily spalled brickwork to original brick plinths, which results in a render coat being applied to form a new cementitious plinth over the top of the original brick plinth, an action that will most likely lead to severe wall base damp, as in the images below. 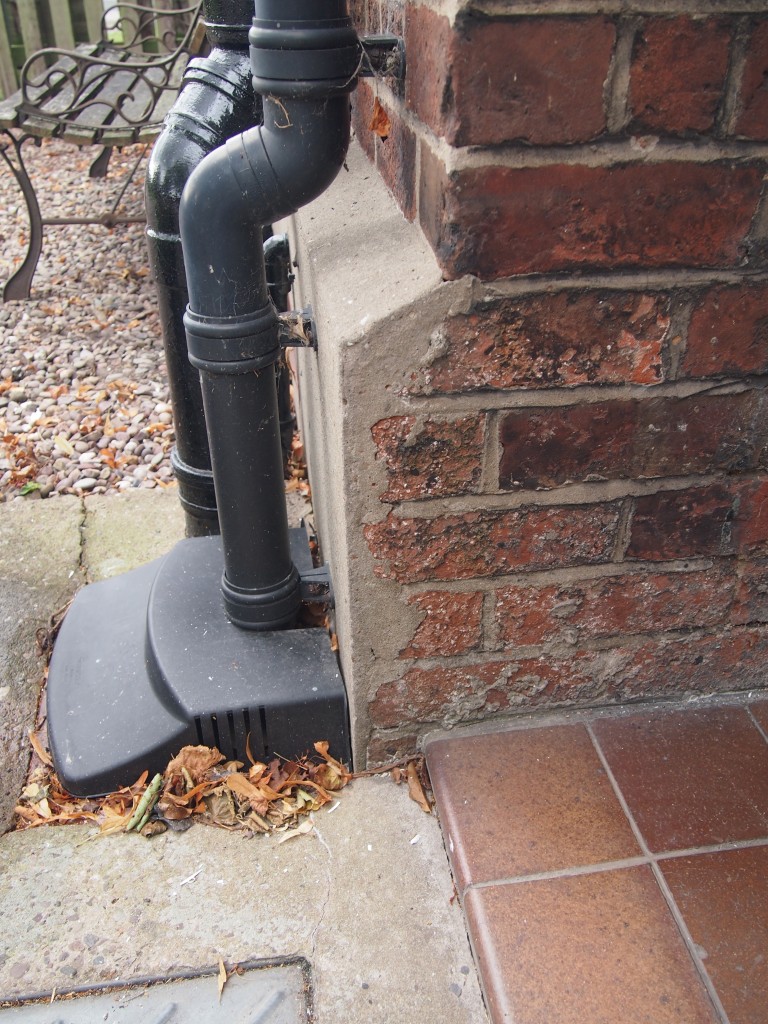 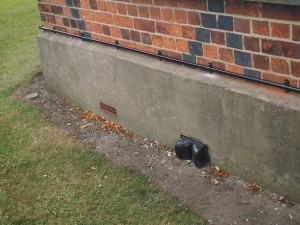 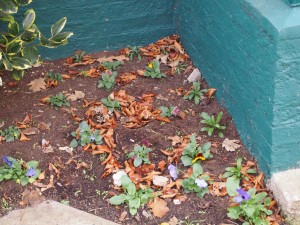