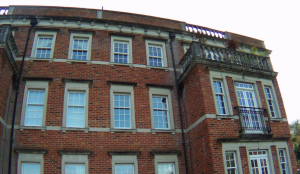 We were recently called to investigate some damp and structural issues to a 12 year old timber frame Neo-Georgian 3-storey apartment block across the water from mainland UK. The building had been affected by both water ingress and a number of structural issues for quite some time and two previous technical reports had reached broad agreement of the fact that the timber frame was showing signs of distortion due to shrinkage, shrinkage commonly occurs in timber frames after construction and one engineer estimated the height of the timber frame may reduce by up to 30mm, a degree of shrinkage that wouldn’t be replicated in the outer non-structural leaf of masonry. In fact the outer masonry leaf tends to expand as it takes up moisture during the first couple of years after construction, so it is in fact moving in the opposite direction to the timber frame.

It is for these reasons that timber frame movement ties are specified for developments over four storeys, as these are required to accommodate the additional vertical movement in the timber fame and differential movement between the inner and outer leaf. However, this is a 3 storey development and so long as vertical movement stays within expected limits then a standard fixed wall tie should suffice. 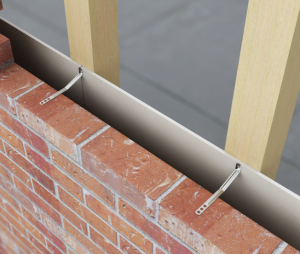 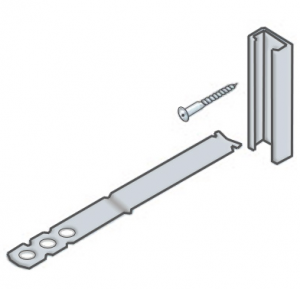 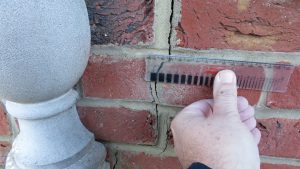 Structural cracking to the outer masonry leaf of timber framed buildings can often occur where this differential movement between the inner and outer leaf falls outside of acceptable limits due to inherent design flaws or poor build quality.

When inspecting the building externally we noted that door and window frames were often slightly deformed and out of square, which resulted in extreme difficulty in opening the softwood timber french doors leading out onto the apartment balconies. We also noted significant stepped cracking in a number of areas to the outer leaf of masonry.

Starting from the Top

It was initially thought that defective balcony detailing and waterproofing arrangements were the cause of water ingress into the building and in fact the initial instruction was very much about investigating potential balcony defects, but of course you must approach these investigations with a blank canvas and an open mind. Whilst there were a number of relatively minor issues with balcony upstand detailing and parapet wall box gutter outlets, it was clear that these were not responsible for the water ingress or the structural defects seen.

Logically, I like to start from the top and work my way down once I start the internal inspection  and starting from the top meant inspecting the balcony that fully surrounded the building at top floor level. 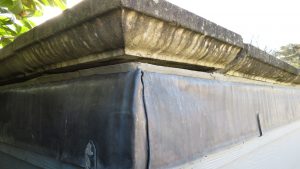 I found a number of serious and critical defects relating to the high level parapet walls that in my opinion have been allowing rainwater ingress into the wall cavity for a number of years, possibly since the building was constructed. Of course, if this was the case and water ingress was as bad as I believed it to be then the the greater probability is that the timber frame has swelled and expanded, rather than shrunk. The net result of course is the same, which is the potential for excessive differential movement between the inner and outer leaf. Moreover, there is a further potential for timber decay in the structural timber frame and perhaps even structural failure as timbers are affected by fungal decay. 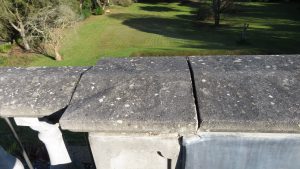 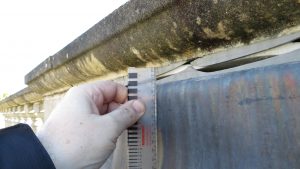 Adhesive and cohesive failure of sealant to coping bed joint

We noted that the parapet wall copings were not fit for purpose and had been poorly installed off centre so the outer wall face had a 70mm overhang, whilst the inner parapet wall face only had a 30mm overhang. To meet the requirements of BS5642 then a minimum 45mm overhang was required to either side. However, more critically there was no throating detail to the underside of the parapets meaning that rainwater would flow along the underside of the coping overhang and straight into  cracks or open joints that may exist to the coping mortar bed. 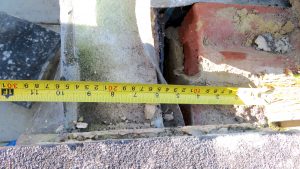 Coping stone removed. Lead apron proved not to extend across the width of the cavity

Of course, this shouldn’t be a problem, because there’s bound to be a physical damp proof course installed under the copings as a secondary line of defence… or at least there should be!  We removed a parapet coping and as we suspected there was no physical DPC installed. So water was entering the wall cavity from the underside of the failed bed joint to the copings and the open joints and cracks in the coping mortar perp joints. 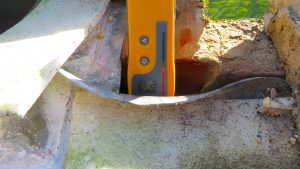 We recommended and specified urgent works to correctly waterproof the balcony parapets and further recommended opening up sections of the wall cavity where cracking had occurred to inspect the integrity and condition of the structural timber frame.